It all began in an innocuous way.
It was a hot day in May in 1940.The world was, for several months, at war for the second time in the 20th century. The Quit India movement was a good two years away in the future and the independence of the country as yet a dream.
Thirty years old then Pranlal Patel, a Rolie-flex camera slung on the shoulder, set out for Kashmir, long hailed as paradise on the earth, with a return ticket from Ahmedabad to Sri-nagar via Rawalpindi. Inclusive of the bus-fare from Rawalpindi to Srinagar, the cost per head was a meagre Rs.42.5. But the young man was not from among the rich 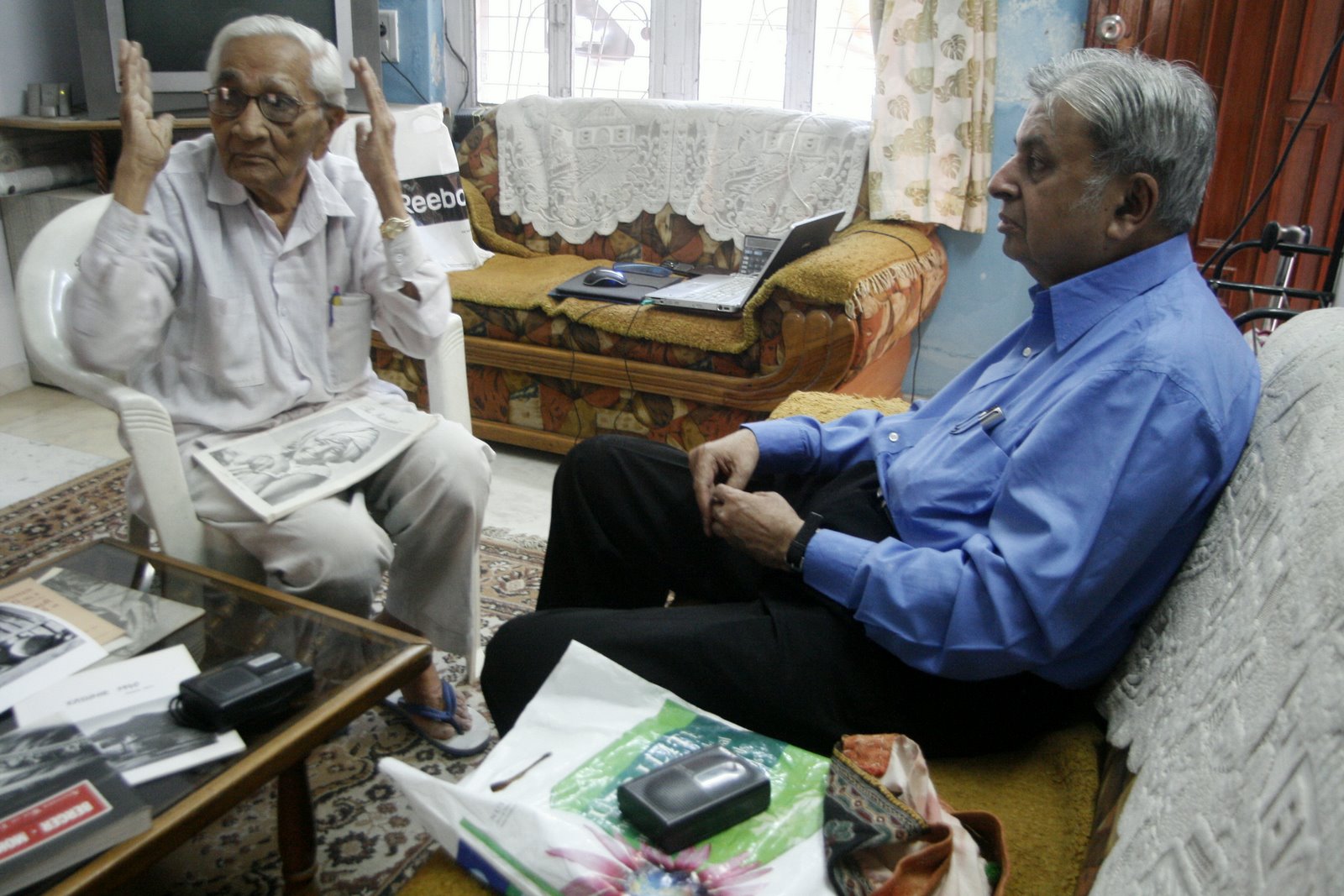 in search of pleasure.
He was setting out to take photographs, in an era when a camera was a rare thing to pos-sess, more a hobby of the wealthy or the crazy. A Kodak 120 reel cost 14 annas. Like the anna coins, the 120 film too is extinct now.
Every thing clicked in the life of today’ camera wizard Pranlal Patel, internationally reputed pictorialist. His speciality has been his mastery over Black & White photography. So much so that the photographs taken during that trip continue to fascinate even today, not only because of their excellence but as a collection of historic value. It effectively brings out how much more enchanting was Kashmir just 70 years ago and what damage man has done to it. In the process the photographs become an irrefutable witness to an era for posterity, far more trustworthy than words.

Free Auto typing, I hope you like it
http://sourcecode-world.blogspot.com/

Tushar Bhatt's Gujarat
Now self employed as a journalist,writer and broadcaster. Was senior editor of The Times of India,Ahmedabad,and The Economic Times. Left job in 1998 to pursue an independent career in journalism and media.A book of mine in Gujarati, Reti ma rekhachitro won the first awards for biographical writing from Sahitya Akadami in 2003.Innumerable prizes and awards for journalism. In 45 years in the Ink Street have focussed writing on people rather than politicians, wrote extensively on socio-economic issues. Though fluent in Gujarati too,my entire working life was spent in English journalism.